Their main post covering all of the information about SCOM 2019 UR3 can be found here. Also I made a post earlier about the System Center suite as a whole with fixes for VMM, DPM, SCORCH and SCOM in the 2019 UR3 rollup cycle.

I was able to test a few of the fixes and feature updates at an early stage during the past months.

Here is the (copied) list of the fixes included. A lot of the fixes and new features are fueled by SCOM User Voice, so keep on coming with ideas to either fix some bugs or create improvements to the product, so the team can prioritize and start working on them! I know for a fact that is what happened to a number of the fixes in this and previous UR’s and also some which are coming in the next release of SCOM. So there is definitely much more work going into this than maintaining the product.

Some quick links to downloads:

The SCOM 2019 UR3 download catalog page for the update msp files.

The link to the SCOM 2019 UR3 simplified management server patch executable. 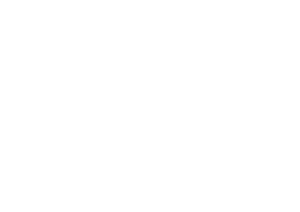 In older versions of SCOM we used to first update the first management server, followed by a manual import of new management packs and a manual running of 2 SQL scripts to update the databases. This is purely the SCOM management server update side and not other components (such as the console or web server). Because the manual steps were often forgotten or needed people to login to other servers, this was a risk to a good update process and a lot of manual steps. People didn’t like that. At some point in SCOM 2019 Update Rollups a Simplified installer executable was created which runs the management server update AND the SCOM packs import AND the SQL scripts within a GUI-based interface. So now we could run one executable, to see it all happening. Advantage of the Executable being ability to right-click run-as-admin and to see visually what happens. When there is an error, there will be a link to the log file to make it easier to find.
However, at some point (I’m not sure which UR, might be UR1 or UR2), the server.msp update file also takes care now of updating packs and applying SQL scripts to the backend. In the SCOM Admin pane go to the Operations Manager Products section and you can confirm product versions (such as UR3 showing as 10.19.10505.0) and similar for management packs in the Installed MP list.

One more note: When updating management servers with either the msp or exe files -> do ONE server at a time. Do not even start the wizard on any other server. just do one at a time.

In SCOM 2019 the Update Rollups generally come with a group of fixes to issues or bugs, and with some feature updates. The feature updates for SCOM 2019 UR3 I will list in a separate post. So lets dive into the fixes first:

Also, this update includes the fix for the event log channel vulnerability hotfix released between SCOM 2019 UR2 and UR3 listed in KB4601269, so it no longer needs to be applies separately.

That is a great list and I can say we did run into some of those at customer locations, so we are happy to see them.

My next post will be about the features which are New in UR3 for SCOM and I will try to link it right here.