Today was the last SCOM CEP meeting. I know I have missed the previous two meetings and promissed to write about them. Have not come to that yet. Will see what I can do about that. WIll for sure handle the topics soon 🙄
So this last meeting was again in the hands of Nicole and Adam.
And it was a general wrap up meeting for the SCOM CEP program.
Adam started with a general overview of how the System Center 2012 comes together in the datacenter. 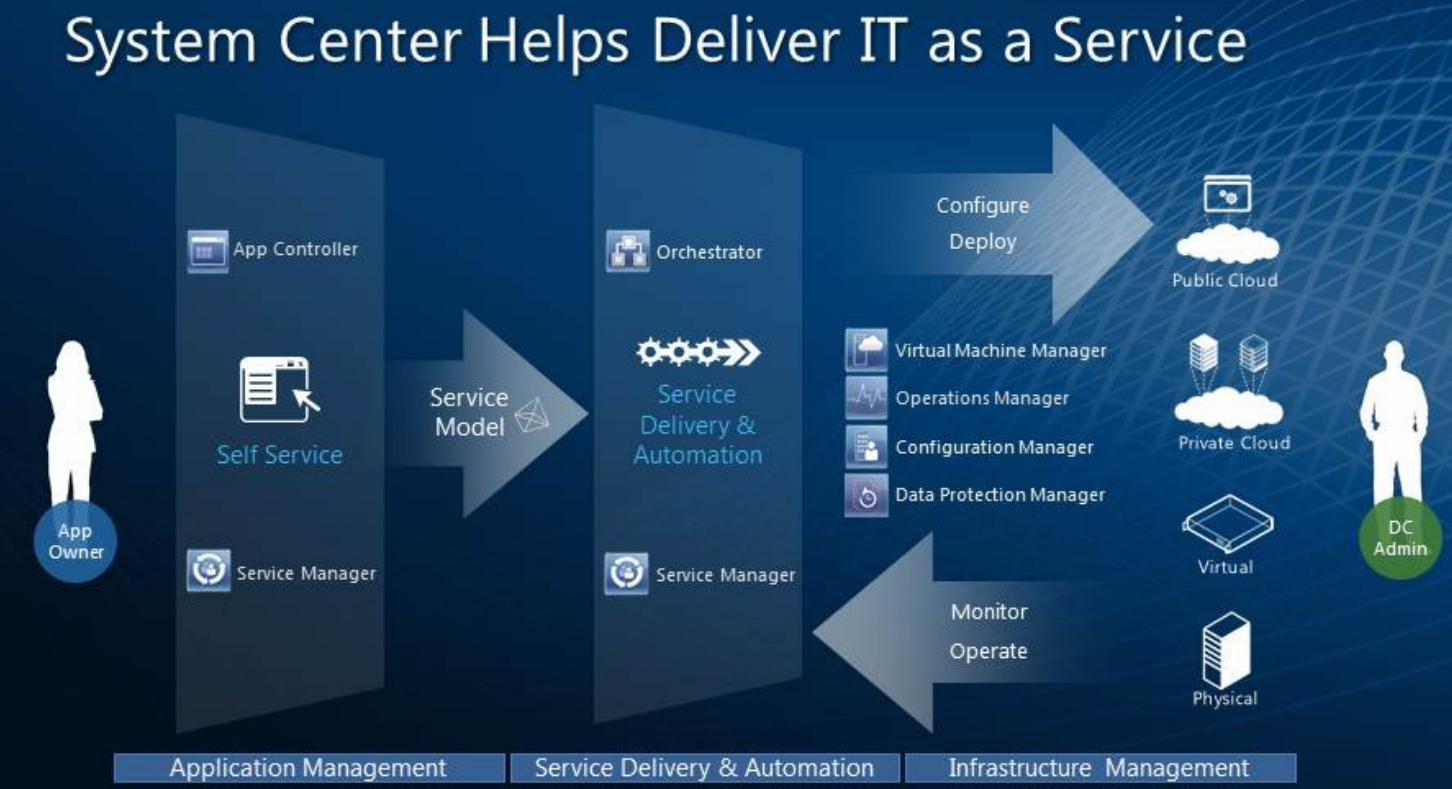 For Operations Manager specifically was shown the way operatiing system monitoring and holistic view possibilities are expanded into your dashboards and views. As was said before there have been additional investments in cross platform visibility for heterogeneous environments.
One of the generally important new features is the integration of the previously called Avicode as the new feature called APM. This gives possibility to view entire application health. It is better in bringing together in distributed aplication views. As discussed before the APM is really great stuff!
We can bring the server side monitoring together with client side monitoring and pinpoint exactly where the issue is, thus reducing the mean time to resolution.
For a lot of MS Server products there will be product dashboards coming up soon. For instance for SQL and such. Windows Azure apps can also be monitored. This way things can be brought together.
The session was also a big Q&A with lots of items passing by.
Some interesting points:
SCOM 2012 will not have the ribbon.
RTM in the Q2 of 2012 timeframe.
So eventhough this CEP program is finished, there are other CEP programs active for the System Center 2012 wave. There is lots to do. Also the SCOM community is a very active one (as are more in the System Center community) and you can get going with the SCOm 2012 RC release right now. Enjoy!
Bob Cornelissen